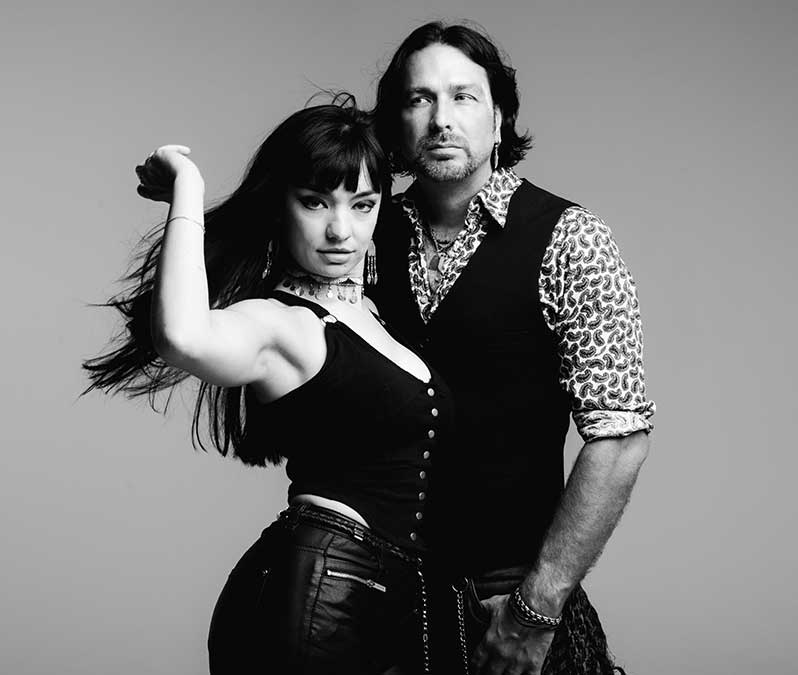 When Rivers Meet (aka Grace Bond and Aaron Bond) were at The Liquid Room Edinburgh tonight as part of their first headline tour, aptly called “Flying Free”.  This show was also an event organised by The Edinburgh Blues Club who have a reputation for bringing established and rising stars in Blues music to Edinburgh. When Rivers Meet are certainly rising stars having taken four UK Blues awards in 2021, another three this year (Best Band, Best vocalist, Best album) and also When Rivers Meet won Planet Rock's “The Rocks” Award for “Best New Band for 2021 and best album for 2022” with Saving Grace. For WRM, 2022 is going to be all about building on their live performances, their live music and firmly establishing their reputation and very unique sounds. I would also expect more online live streams as this is the medium that firmly established their name and music to so many new fans during the lockdown period.

I first saw WRM live when Grace and Aaron performed as a duo supporting King King in 2021 and for this tour, they have expanded their sound with the addition of Roger Innis on bass and James Fox on drums. The core of everything still remains that unique musical combination of the very identifiable vocals of Grace (plus violin and mandolin) and Aaron on guitar (whichever one of “never too many” he chooses to play).

From the moment they stepped on to the stage this evening, Grace and Aaron were up and running and had this crowd on their side with “Did I Break The Law”, and that energy and connection with their audience never faltered all through a 90 minute or so set that included new songs from their New Album “Saving Grace”, their first album “We Fly Free” and other songs that they have been writing over the years.

Sometimes it is just good to find a moment in life where dreams can and do come true, a hope that hard work and never giving up have a pay-off, and listening to Grace talk a little about all of this and their new found, and well deserved, success is as good a story as you are going to get. Grace and Aaron have been together for 18 years (they are married now) and writing music has always been something there between the two of them. Success in the music business has been a long and hard road for WRM though and they have earned it the hard way by playing the small clubs and pub circuit to sometimes fewer people than were on stage with them tonight. This is their moment, and both are clearing enjoying every moment of it, and so they should.

If you have not yet heard any music from WRM, check them out online, or get along to see them live the next opportunity that you can get. Yes, they obviously have all the sounds of a blues/rock band, but their music is not as easy to define as that, it is a mixture of classic blues sounds that effortlessly blend into classic rock and when needed some fine ballads and duets. There is also something about their music that reminds me of some of my favourite bands of the early 1970s and I always hear in my head some of those great sounds of Marc Bolan in there somewhere too. WRM have obviously taken all of their own musical influences, but not copied them, instead they have blended them into a sound that is uniquely theirs and Grace Bond, writer of most songs (Aaron of course has input here) clearly has a gift for making music that gets an audience on its feet whilst also being able to slow everything down for a classic ballad.

New and old songs then this evening, but obviously this tour is also an opportunity to try some of the new songs from the new “Saving Grace” album, and “I Can’t Fight This Feeling” and “He’ll Drive You Crazy” have that driving rhythm that have already made the band so many fans already. Good to hear my favourite track from this album, the slow ballad, “Don’t Tell Me Goodbye” performed live too.

That powerful rhythm that underpins so many of the Songs of WRM is only part of the musical story though and it is, for me, on their duets, and in particular their performance of “Bury My Body” this evening that something very unique happens between Grace and Aaron. As people there is obviously a very special connection between Grace and Aaron and it is this connection that is really the inspiration and source of all their music.

I did not think that I was going to be able to make this show, but obviously I did, so I earlier reviewed their new “Saving Grace” album.  The link to that review is here – SAVING GRACE ALBUM REVIEW

Opening the show this evening for WRM was the impressively talented Troy Redfern, whom many people are already calling Britain’s “King of Slide Guitar”.  Troy was performing solo this evening, and that was for me just a chance to watch him play those wonderful vintage guitars that he so clearly loves (including a 1929 National Triolian Resonator) without any distractions and just watch up close his skills at slide guitar and somehow managing more than a few big chord hand stretches.

Good to hear again “Waiting For Your Love” from the Fire Cosmic album and also from the same album “Sanctify”. Closing Troy’s set, and an obvious crowd pleasure, was his take on the classic “Voodoo Chile”.  Troy Redfern is an artist who also more than deserves his big break in the music industry and I hope that time is not too far off in coming for him. 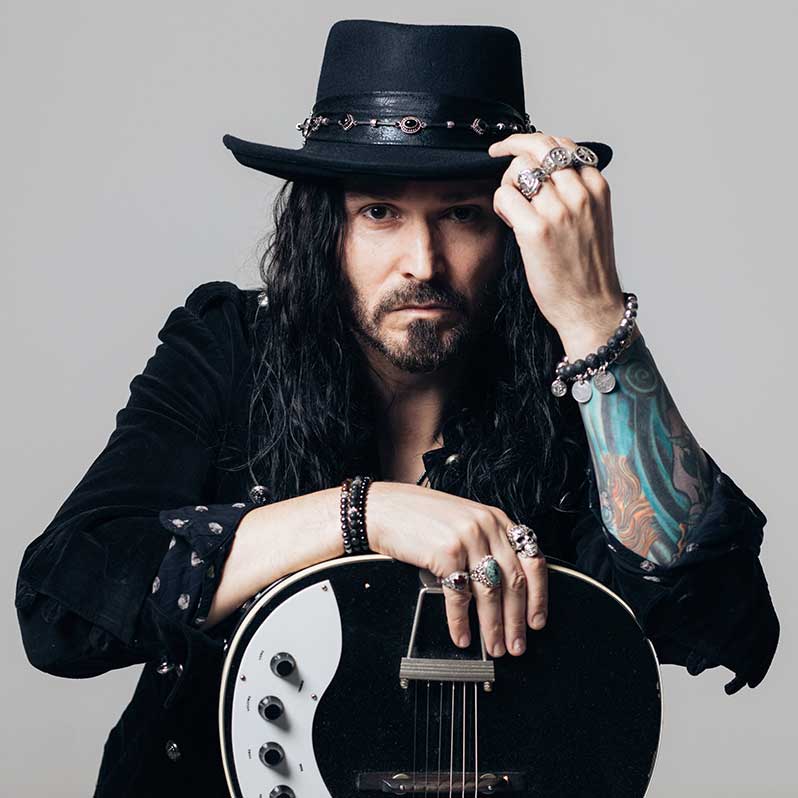