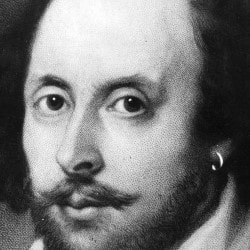 One of the highlights for me of Edinburgh Festival Fringe 2021 was a three-woman play called “Rossetti’s Women”, so when I saw that the same team from Lemon Squeeze Productions was returning this year with “Three Women and Shakespeare’s Will”, it immediately went onto my “must see” list.

Once again, this comedy play written and directed by Joan Greening, and performed by Emma Hopkins, Sarah Archer, and Julia Munrow, was quite simply an excellent piece of work.  It tells the story of Will Shakespeare’s wife, Anne Hathaway, being visited by two women after her husband’s death.  Both of the women, Anne Whateley and Jane Davenant, claim to have known Will intimately, and each believes she is entitled to a share of his estate.  All three actors play their parts so well:  Sarah Archer as Anne Hathaway is the disgruntled widow who was never impressed by her late husband’s work, and thinks he would have been better off being a pig farmer.  Julia Munrow is Anne Whateley, who claims that, as well as having written many of the plays credited to Shakespeare, she married Will the day before he married Anne Hathaway, and therefore was his real wife, and Emma Hopkins is Jane Davenant, who claims that Will was the father of her son, and wants a share of Will’s will for her son, Will.

Joan Greening’s clever use of words (although many of them were written first by William Shakespeare!) makes this an absorbing gentle comedy, and once again proves that a good theatre performance doesn’t need elaborate stage sets or fancy gimmicks, simply a good story delivered by accomplished actors.