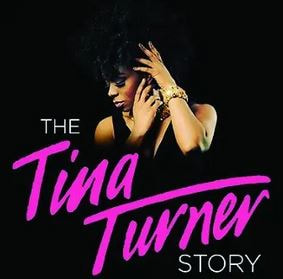 The Tina Turner Story at theSpace @ Symposium Hall sees a welcome return of this Night Owl Production vocalist Cleopatra Higgins to Edinburgh Festival Fringe. Although this show is obviously about Tina Turner (Anna Mae Bullock), her life and her music, it is also a sister show to Night Owl’s “The Aretha Franklin Story” as this also features Cleopatra in the lead role.

I saw this show in 2019, and if you have read my earlier review of the Aretha Franklin Story show (a few days ago) then you will know that what brought me back to this show is one of the most impressive vocalists and performers that I have seen and heard in a long time – Cleopatra Higgins. If you like the songs of Tina Turner, this show is obviously for you, but be prepared for a performance from Cleopatra that takes this show to a different level than you would expect from a Fringe show.

The story of Tina Turner’s difficult times with Ike Turner and her courage to move on from this and re-start her life and her career at a time when many singers are reaching the end of their professional life is now not only the stuff of music industry legend, but also to many people a message of hope and empowerment that they too can achieve their own personal dreams and goals. Despite all of her personal difficulties with Ike, Tina Turner never denied him the credit he was due for his part in her formative years as a performer.

I have to admit that I have always liked the early Ike and Tina Turner songs, and Cleopatra is equally at home giving us a high voltage performance of these as she is with the songs from Tina Turner’s career-changing “Private Dancer” album and songs like “Private Dancer”, “What’s Love Got To Do With It” and “Let’s Stay Together”.

One of the highlights of this show (amongst many others) of this show was Cleopatra’s vocals and performance of the Phil Spector, Jeff Barry and Ellie Greenwich classic “River Deep Mountain High”. Few singers get this one right for me, but tonight, it was as it should sound.

Cleopatra Higgins is, for me, one of the stars of this year’s Fringe and how she is keeping this level of vocal and performance energy up for this and The Aretha Franklin Story Show all through the Fringe is a mystery to me.

Whatever awards are out there for the Edinburgh Festival Fringe, Cleopatra Higgins should be taking home some of them for her performances in this show and the Aretha Franklin Story.