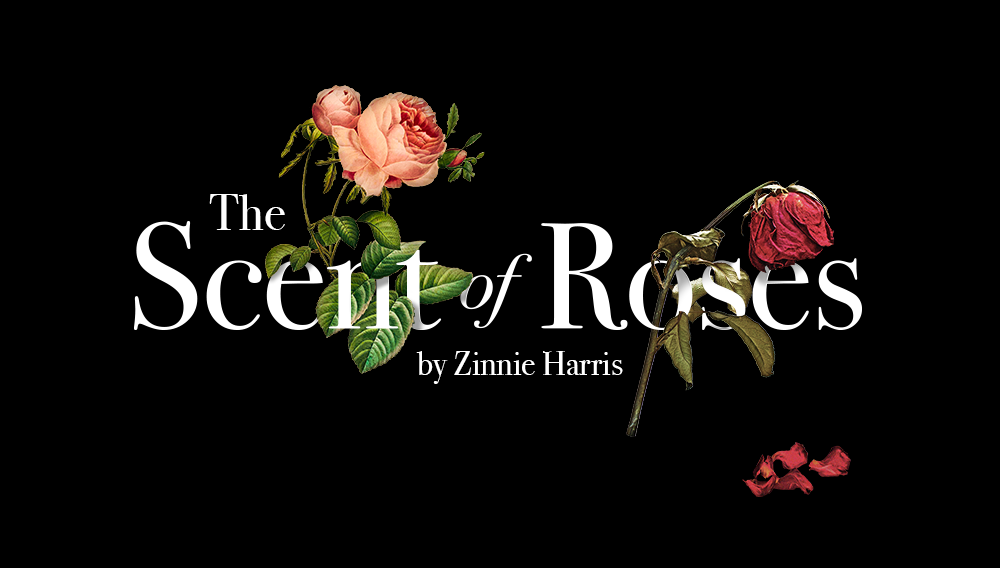 The Scent of Roses is at The Lyceum Theatre Edinburgh from 5 March to 19 March and this new work from Writer & Director Zinnie Harris is also getting its world premiere performance run here.  Perhaps the first thing to get past here in this play is the title, and once you see this work you will realise how ironic the title really is for this is probably far from the romantic image that “The Scent of Roses” conjures up in your mind and is at times a dark comedy with a hard dramatic core that is very funny and very sad in equal measures.  All too often works like this can meander into places that do nothing to move the narrative forward, but here Zinnie Harris for the most part manages to avoid this pitfall too.

I think all of us at one time or another have felt that, although we are talking to the people closest to us, we are not really talking, but just filling the air with words that are almost on auto-response, and perhaps even worse than that, using words to avoid actually speaking the words that so desperately need to be said.  The odd thing is that as the years go on in a relationship, finding that time to actually not only speak to one another about those unspoken words can become, not as you would expect, easier, but strangely all too often more difficult.  It is against this background of the need to make that time to sit down and really talk to one another that Luci (Neve McIntosh) decides to take measures into her own hands and locks her husband Christopher (Peter Forbes) in their bedroom. In a now forced and enclosed space, both now have to examine the truths of their relationship and that very difficult subject of sexual consent with full disclosure before the event. Are the couple really fully prepared for the words that will come out in this meeting, as once out they can never be unheard again?  Perhaps not has to be the answer to this question.

As you would expect from the above, the opening scene is in their bedroom and here Neve McIntosh (Luci) and Peter Forbes (Christopher) not only work so well together, but are believable as a couple, and you can actually feel Luci’s frustration and at times anger in trying to get Christopher to talk to her. Christopher’s avoidance tactics are probably ones that many of us will recognise too.  As with all good scripts, there are other issues, other threads running through this narrative.

We never directly know everything that is said in this bedroom, but as the story line continues through their daughter Caitlin (Leah Byrne) and her former teacher Sally (Saskia Ashdown), more background layers to the larger picture are added, and some delicately handled scenes with Sally and her mother Helen (Maureen Beattie) feed back neatly into the main story-line.  How they feed in I am not telling you as I don’t want to give all of this story away if you are planning to go and see this work.

All families, all relationships, are to some extent probably dysfunctional, and this is certainly the case here, but it is also so difficult to find something new to explore in this area and so much has been said before that avoiding the stereotype becomes such a difficult thing to do, and there are times when relationships do fall into that trap a little, but it is always worth the exploration of the story too. Would the use of less dysfunctional relationships actually have added more exploration to this story at times? Perhaps. There are also more than a few truths, a few harsh realities never fully explored or resolved here, but maybe that is for the good as life is never that neatly tied up for any of us, loose ends are always everywhere, and often at the most inconvenient of times.

There are no weak performances on stage here at all and, apart from a few moments, almost all of the scenes are with two people only, and that not only leaves no hiding space for the actors on stage, but it also means that there always has to be some sort of believable working chemistry between them, and there is. It is always important that work like this is centred in a believable world, and Designer Tom Piper, Composer & Sound Designer Niroshini Thambar and Lighting Designer Ben Ormerod have done their respective jobs well here in creating that illusion of reality for us on-stage, and that is maybe more important here as we are also exploring the illusion of reality that can exist in any relationship, no matter how old or new that relationship might be.