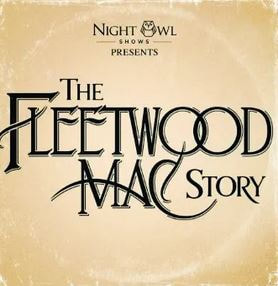 The Fleetwood Mac Story by Night Owl Productions is at theSpace @ Symposium Hall, and it is easy to see why this show has already won so many awards in previous years at Fringes at both Edinburgh and Adelaide. In the short space of a Fringe performance, the Night Owl band, here with Hannah Richards on lead vocals, give their versions of some of the most identifiable Fleetwood Mac songs of the last 50 years or so, and this sold out show was obviously giving their audience exactly what they wanted to hear this afternoon.

There are a few problems that any tribute to Fleetwood Mac will always face, not least which version of Fleetwood Mac they are going to be as, over the years, the band has had a lot of people through its ranks. Then of course, what songs are you going to select to perform as there are so many to choose from. Add into this the technical skills of the original band of Mick Fleetwood, John McVie, Peter Green, and Jeremy Spencer, then later Lindsey Buckingham, Christine McVie and Stevie Nicks, plus the complexity of many of these songs. To even come anywhere near re-creating these songs well, you need a good band and at times some clever arrangements of the music. In this show, given the resources, the space, and the time available, everything comes together very well.

When I think of Fleetwood Mac I always think first of the original Blues based band and those early years with group founder Peter Green (1967 to 1970) and this is where the show starts with “Black Magic Woman” and of course “Albatross”.  It would have been nice to hear songs like “The Green Manalishi” and “Oh Well” too, but there were so many other later songs to fit in here that any audience would be expecting, that time for these two was just not possible.

Is any vocalist out there going to re-create the always identifiable voices of Christine McVie and Stevie Nicks?  For me, that answer will always be a no, and to be honest, in this show Night Owl Productions are not trying to be a tribute band in that sense, but a tribute to the music of Fleetwood Mac and also a quick potted history of their story. In this show, Hannah Richards is giving a very good performance with her interpretation of these songs, which is very close to them in spirit and it is obviously giving her so much pleasure to work with these songs.

Time is always going to be the biggest problem in this show, so your favourite Fleetwood Mac song might not be here, but the ones that have been chosen are still probably on most people’s top five or so to choose from and classics including “Rhiannon”, “Don’t Stop”, “Songbird” and others are here.
There is a reason why Night Owl Productions keep selling out their shows over the years at The Edinburgh Festival Fringe and that is, that although they have a format that they all work within, they do all of these shows very well and put the talents of the Night Owl vocalist and bands in the right combinations to get the best out of any project that they are producing. The Fleetwood Mac Story proves again that this approach, done well, will always work where the source material is both classic and instantly recognisable and identifiable to their audiences.