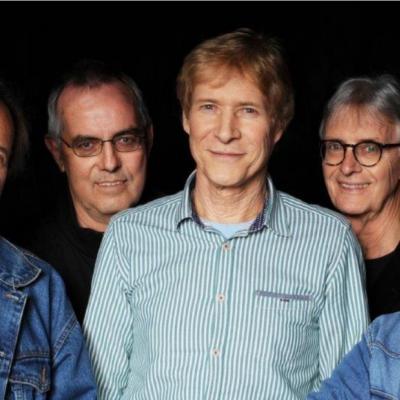 The Blues Band were at The Queen’s Hall Edinburgh tonight, a date on their “The Farewell Tour”, and, as expected, a lot of people had come out to say farewell to perhaps one of most respected bands in the British Blues music scene.

Even before the formation of The Blues Band, Paul Jones, Tom McGuinness, Hughie Flint (replaced by Rob Townsend), Dave Kelly and Gary Fletcher had earned well deserved reputations as musicians in different groups and solo projects, and their contributions to the movement that was to become British Blues was already well established.  The Blues Band, however, was always something a little bit special, and from the late 1970s the love and enthusiasm that everyone in the band has for the original sounds of Chicago and Mississippi has always shone through in their music and delighted audiences for many decades and 1,000s of performances.

Watching the Blues Band perform live is always an interesting time for me as, apart from watching talented musicians at the top of their game, I usually learn so much from them too as the knowledge of Blues music history that this band has always means that I learn something new from them.  Perhaps the most curious thing is though that so many people associate “The Blues” with stories of great sadness and endless personal woes.  This may be true of many songs, but there is also so much warmth and humour in so many of these songs and the pleasure that the individual members of the band are getting from playing their own songs and classics from up to 100 years ago is evident throughout any show. Of course, there is a dark humour in many of these songs too, and I often wonder if that dark humour that British people are so well known for is in part responsible for our national love of Blues music.

Sometimes, when I watch a show, I get some odd thoughts running through my head, and listening to the band as they chat about their love of Blues music and discovering all these incredible songs by great performers (some sadly not that well known nowadays), I can’t help wonder what it must have been like to have heard this music in the late 50s/early 60s before Blues music became so well known that it is now almost a background to our daily lives that we hear everywhere around us now on radio, television, the internet and endless advertising campaigns.

Tonight’s music was, as always, a mixture of classic songs and new songs in the classic mould from the band with many old and new ones coming from their latest album “So Long”.  Opening with the Skip James “Hard Times Killing Floor” the band swiftly set a musical groove that had their audience with them for the rest of a 150 minute or so set (including interval), and with a line-up of talent that could each easily hold individual solo performance spots, this opening high musical standard never wavered all evening.  A good surprise for me in one of the band’s cover versions, normally I would not associate The Bee Gees with classic blues sounds, but “To Love Somebody” written by Barry Gibb and Robin Gibb for Otis Redding is a classic that has been covered by so many people over the years, and for some reason I had forgotten about that one; great to hear The Blues Band version of it too.

The new 16 track album from The Blues Band “So Long” has some “classic Blues feeling” new songs by the band, and it was good to hear some of them, including “Something You Heard” performed live tonight.  The individual band members of course have been involved in many different projects of their own over the years, and it is always interesting to hear some of this material mixed into a Blues Band set.

Sadly, Rob Townsend was not able to be with the band on stage tonight and Sam Kelly took over this role and fitted in seamlessly with the band, their music, and their infectious love of Blues music old and new.

The Blues Band may be having their “farewell tour”, but this is not farewell from any of the individual members of the band as no one seems to plan giving up their “life of the blues” anytime soon.