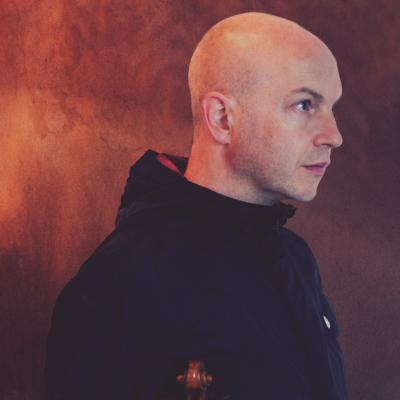 Southside of The Tracks at The Queen’s Hall Edinburgh tonight was a show re-scheduled from January this year, but the wait was worth it as John McCusker has, as usual, put together a diverse and entertaining programme of traditional/Celtic music featuring some of the best known musicians (established and rising stars) and singers of the traditional/Celtic music world.

Southside of The Tracks was originally planned by the Queen’s Hall itself a few years ago as a one-off concert to celebrate the diversity of music that the venue has hosted since opening its doors in 1979. The concept was not only a success, but has now become an established part of The Queen’s Hall’s own music programming season, and judging by the numbers in the hall tonight, this event is simply growing in popularity.

When you ask someone like John McCusker (whom many people consider to be Scotland’s foremost fiddle player) to curate a show, you just know that the musical talent that he is able to bring to a project like this will be of the highest calibre, but having said that, this is not a show of musical egos on stage, in fact quite the opposite. When you are this good, you have nothing to prove to anyone else, and the whole feeling of the evening was just one of musicians, many long-time friends of one another, simply coming together for all the right reasons – their love of music and their love of playing music with each other in what always seemed a very happy and informal way.

Reviewing a show like this is always difficult (for me at least) as there is so much that should be in the review, but simply not enough space to do it in, so you have to pick a few favourite moments out of many.  This is no reflection on anyone not listed here, but for me a few of those moments were John McCusker simply playing anything he wanted to play on fiddle, and Eddi Reader singing Burns songs and proving that the boy can get his girl with a song, with “The Wild Mountainside”. Also from Eddi were some Fairground Attraction songs – “Fear is The Enemy of Love” and of course, “Perfect” There was an interesting angle from Kris Drever writing from the point of view of being the moon in “I’ll Always Leave The Light On”, and Louis Abbott’s version of The Magnetic Fields’ “The Book of Love”, a song so different from the classic doo-wop song of the same name by The Monotones.

One of my reasons for always going to Southside of The Tracks is the format of the show, as I know that I am always going to see and hear some of my favourite musicians as well as finding new music from musicians that I might otherwise have missed out on.  In this category tonight were Norman Blake, Cathy Jordan and Helen McCabe.

Music is simply, in the end, just music (what genre it is really does not matter at all) and with one of the songs tonight dating back to the 7th century (Cathy Jordan) the one thing that is clear is that the singers and musicians may change, but those eternal stories of love, relationships, dreams, hopes and loss never change and are timeless handed down in music and stories from one generation to another.  Southside of The Tracks continues the re-telling and the re-working of these themes, and these stories to hopefully another generation of listeners who will pass them onto the next generation of listeners.