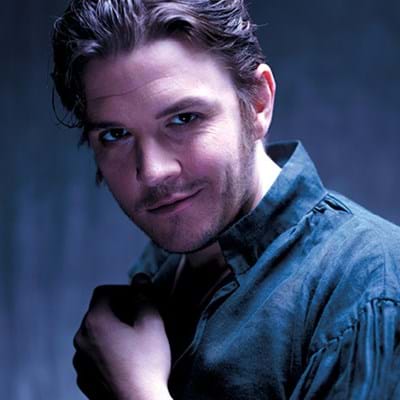 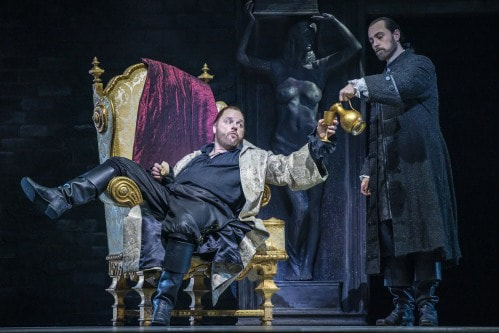 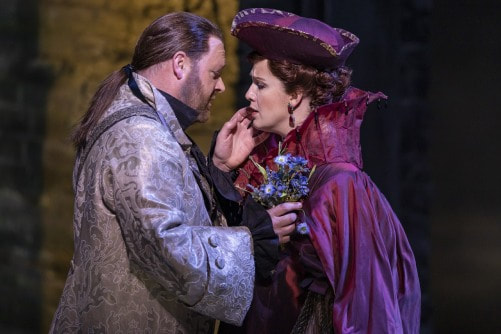 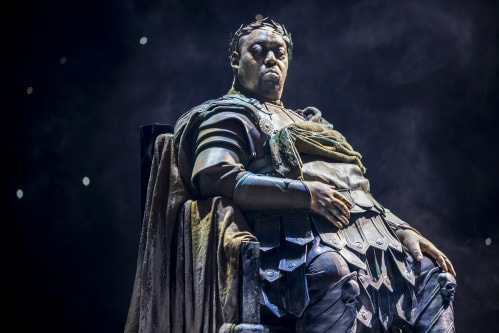 Photo credits James Glossop
Scottish Opera Don Giovanni is at the Festival Theatre Edinburgh this week (Sun 05 to Sat 11 June). With its story of the aristocratic Don Giovanni, set in Venice, told over two acts with music by Wolfgang Amadeus Mozart to an Italian libretto by Lorenzo Da Ponte this classic comedy opera is as good a way as any for the company to celebrate their 60th birthday.

Originally performed in 1787, Don Giovanni is still delighting audiences after more than 230 years, but was obviously written for a very different audience and very different times and some of its content does conflict with our contemporary views on some subjects.  Having said that though, I think that we can all too easily fall into the trap of viewing parts of this opera’s story through our eyes and not the eyes of the audience that it was originally written for, and I suspect that they not only grasped much of the humour far better than we do today but also appreciated many little references in this story that we are perhaps blind to after all these years. Sometimes it is not what is said, but who is saying it to whom and why they are doing it that really matters, and what might seem highly self abusive lines from Zerlina to Masetto for example maybe mean something very different as she knows that he is incapable of ever harming her in the slightest. I think at times we do our original audiences a disservice by under-estimating just how liberal of mind and appreciative of humour and satire many of them would have been.

Who is Don Giovanni? Is he a gentleman or an abusive monster, some sort of European Jekyll & Hyde figure? That is the big question that has never really ever been answered, but this afternoon (this was a 3pm performance), Roland Wood gives us a little of both, along with a powerful vocal performance in his Don Giovanni. This Don Giovanni on stage is by his opening scene actions an instantly dislikeable person, but for some reason even the women that he has wronged, and there are many, still are attracted by some sort of charm that they see inside him and we see this with Donna Elvira (Kitty Whately) so many times. Maybe this is in the end what makes the part of Donna Elvira so good for any performer as not only does she get some of the best songs in the story, she also gets some of the best lines, and Kitty Whately has both the vocal talents and that light comedy touch needed to bring this character to life on stage.

One fact never in dispute in this story is that so much of Don Giovanni’s abusive behaviour to all around him comes from the power that his aristocratic status and wealth gives him.  He is the ultimate bully, the ultimate abuser, simply because he not only knows that he can, but also that he can get away with his actions with impunity (has the world really changed since then?).

Always on the receiving end of his master’s bullying and indifference to him is his manservant Leporello performed so well here by Zachary Altman. For me, the relationship here between Don Giovanni and Leporello is the beating heart of this story. Not only is Leporello the moral compass that his master does not have, but the two together are simply a great comedy double act, and as always, the foil in double acts (Leporello) always somehow gets the best lines and often the upper hand in the joke. Leporello always knows this whilst Don Giovanni is blissfully unaware that he has just been upstaged.

This of course is an opera and it is a very formulated one of the times and by default we need the greatly wronged to be seeking their revenge for their own self or someone close to them, and here that is Donna Anna (Hye-Youn Lee) who despite spending most of the story dressed in mourning black for her murdered father (the Commendatore played by Keel Watson) gives us all some of the brightest moments on stage.

Ultimately though, Don Giovanni is a story of its times, and we are centuries away from Santa Claus coming down chimneys with presents to the delight of everyone. Here, the figure of the divine retribution, the statue of the slain Commendatore must have terrified many of its original audience at a time when religious belief not only in heaven, but the eternal torments and damnations to be suffered in hell, were such closely held beliefs.  Add into that the terror of the dead coming back to take their revenge on the living, and many must have left these original performances to pray for their own redemption in church.

With direction by Sir Thomas Allen, so much of the success of this performance is obviously down to the wonderful music of Mozart, but care and attention to set and costume design by Simon Higlett also have to be given credit for giving the cast and the audience a believable setting for the drama of an ultimate higher judgement for Don Giovanni’s actions to be played out upon.

Conducting the orchestra, and bringing Mozart’s timeless music to life along with them and his own skilful input was Stuart Stratford.