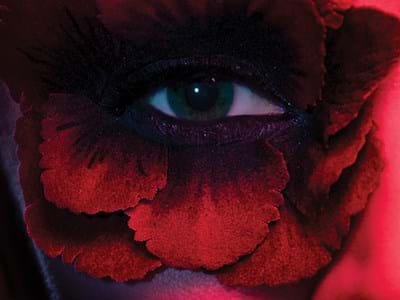 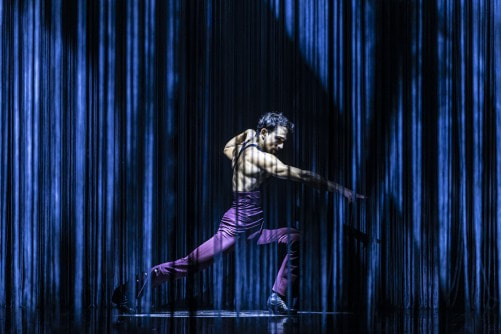 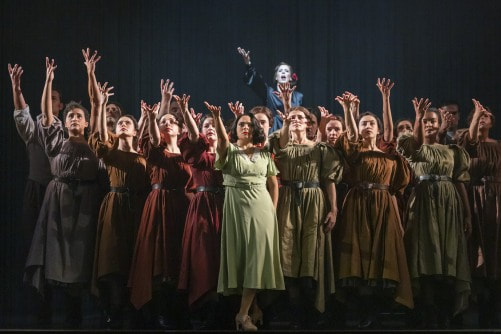 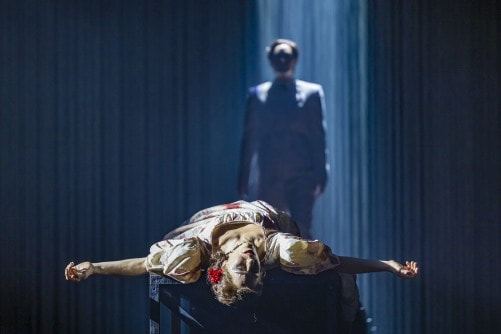 Scottish Opera Ainadamar The Fountain of Tears by Osvaldo Golijov at the Festival Theatre Edinburgh tonight was a collaborative production with Opera Ventures and co-producers Detroit Opera, The Metropolitan Opera and Welsh National opera, and the result was an amazing and powerful work of theatre and opera combined.

Ainadamar premiered in its original form in 2003 and after major revisions a new version was first performed in 2005, and this production feels so fresh that the passing of 20 years have done nothing to this work except enhance the story of the modern day mythology of Spanish playwright Federico del Sagrado Corazón de Jesús García Lorca (5 June 1898 – 19 August 1936), aka Federico García Lorca, and his muse Catalan actress Margarita Xirgu Subirá.
This is an opera and a production where everything is simply falling into place seamlessly and much of this is due to Ainadamar being built upon the solid foundations of wonderful music by Argentinean composer Osvaldo Golijov and a libretto by American playwright David Henry Hwang.

With this fusion of musical styles that incorporates the sound of Spanish Flamenco, Cuban rhythms and European styles, Osvaldo Golijov makes it hard to believe that this was his first music for an opera. A fine libretto by David Henry Hwang also gives real depth to Margarita Xirgu and her decision upon leaving Spain to keep the words and the memory of Federico García Lorca alive by continuing to perform the role of Mariana Pineda (from his play of the same name about Mariana de Pineda Muñoz).

In Ainadamar, true facts and literal fiction are merged as the stories of Margarita Xirgu and Mariana Pineda weave together in such fluidity that at times they seem to be one person, and that is understandable as both were such strong and iconic personalities. The role of Margarita Xirgu is, for me, one of the best dramatic and operatic roles to be created in a long time and gives anyone performing this role the opportunity to bring a character of real depth and emotion to the stage. That is exactly what Lauren Fagan does here with a superb performance of both Margarita and her alter ego Mariana. The role of Federico Garcia Lorca is performed in a “breeches role” by Samantha Hankey which gives a highly effective but at times very subtle twist to the dramatic possibilities as well as creating interesting dynamics with Margarita Xirgu. Also in this production Julieth Lozano brings to life her role of Nuria with great subtlety when required and Alfredo Tejada gives a powerful performance as Ruiz Alonso.

Visually Ainadamar is a treat to watch as cutting edge visual effects add both to this story and a very cinematic approach to the story telling.

Spain and Flamenco are the backdrop of this story,  and Flamenco Choreography by Antonio Najarro keeps that beating heart alive throughout this production and captivating performances by dancer Aitor Hernandez need a special mention here.

Few art forms deal with love, loss, and tragedy as well as opera and this story is perfect for the medium as the motives as to why Lorca was murdered by the Nationalist forces at the start of the Spanish Civil war have never been entirely clear and his remains have never to this day been found.

For anyone out there who thinks that Opera is for some reason not for them, Ainadamar will probably make you think again about what opera is and what it can bring to a live theatre production.