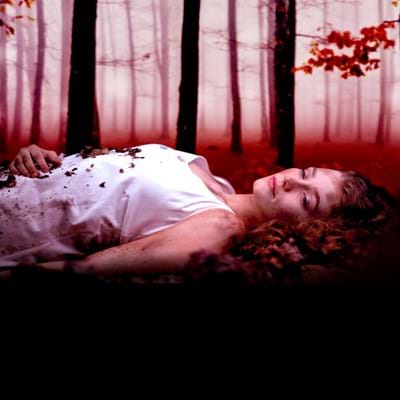 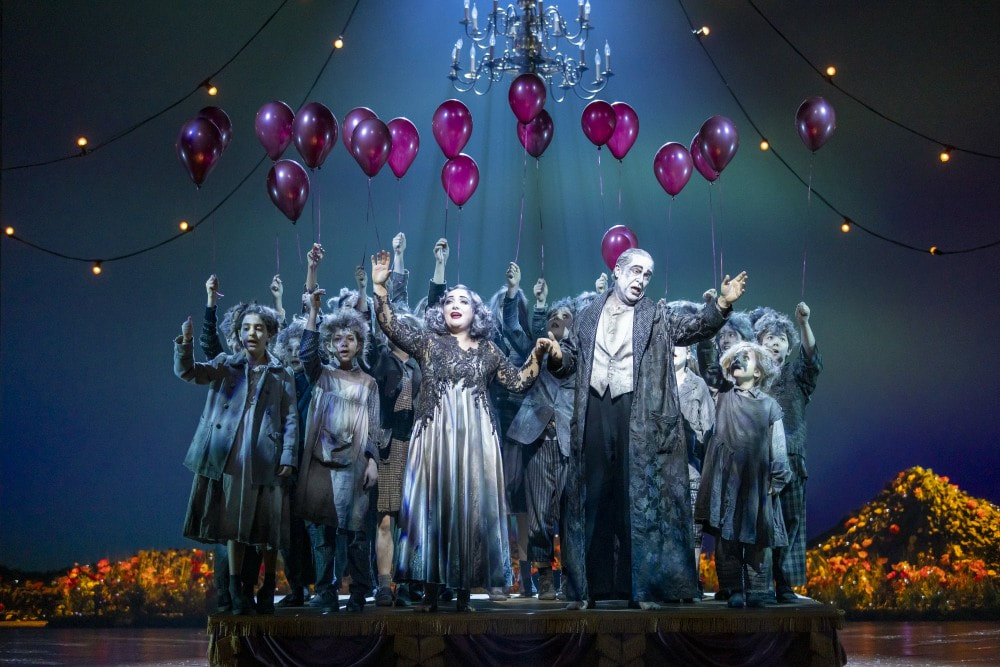 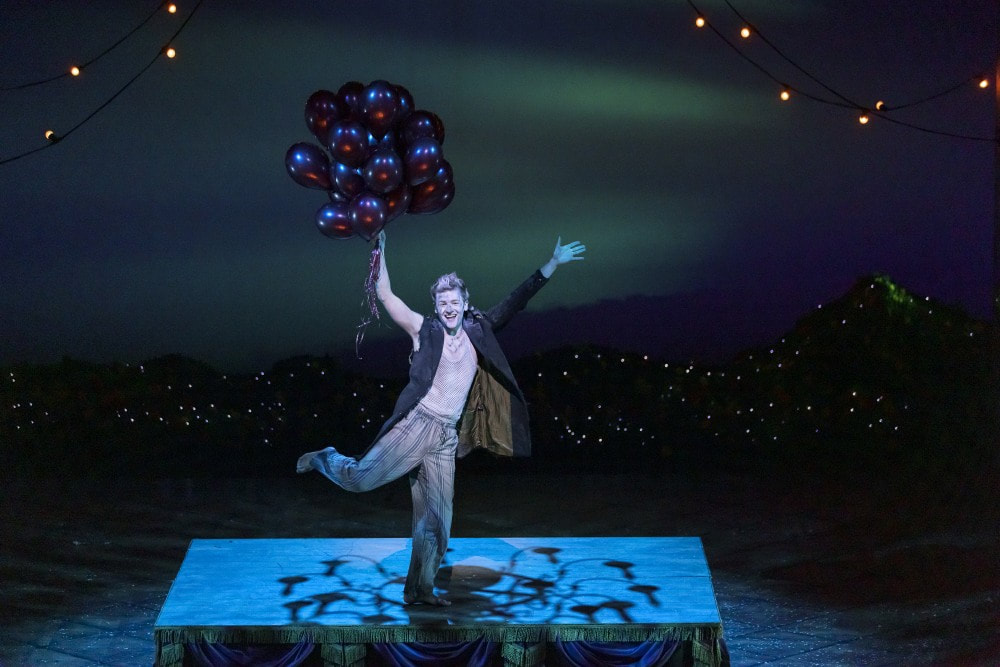 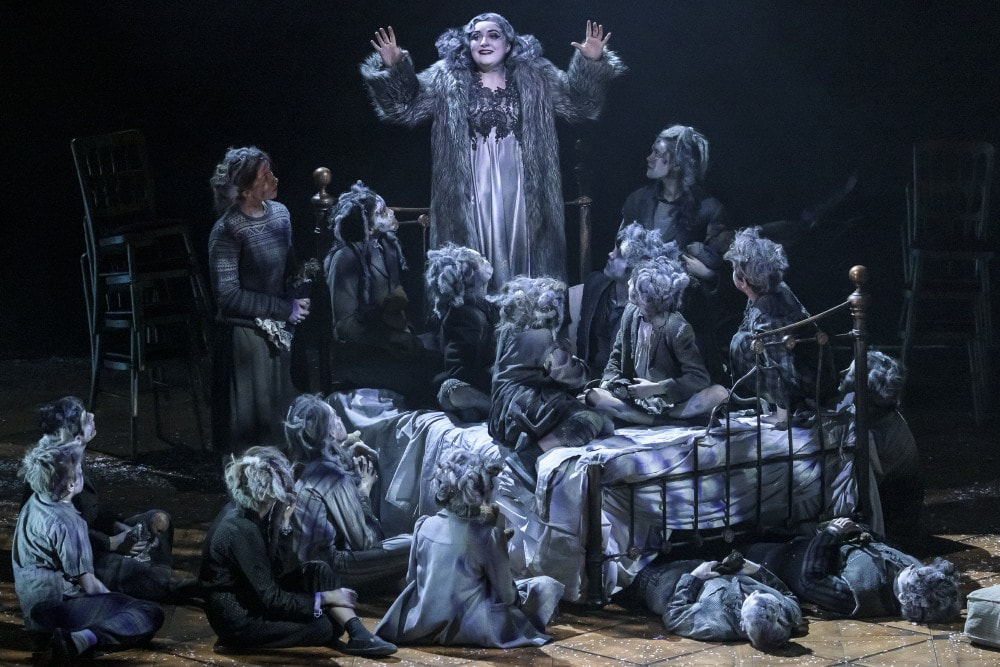 Photo credit James Glossop
Scottish Opera’s A Midsummer Night’s Dream is at the Festival Theatre Edinburgh (1st to 5th March) and it is good to see this re-scheduled (due to obvious reasons) work finally being brought to the stage.

If you are a Shakespeare fan, then this work by Benjamin Britten is probably the opera for you as its original premiere in 1960 did not leave enough time for a new book to be written, so the original story is very much still intact.  There are of course some obvious differences and here with the opening scene taking place in our faerie world, Britten clearly roots his story in the magical and fantastical whilst Shakespeare roots his firmly in the mortal world in his opening act (deleted from this work).

Bringing any work of Shakespeare to an operatic stage is always going to be a problem, particularly as so much of the original lies not only in the words, but the meter of them as spoken, but here it works and a huge part of that success has to be Britten’s intuitive use of music as a language in its own right, and his clear definition of characters by careful, one could say inspired, use of the instruments of an orchestra. Bringing that music to life via our orchestra was Conductor Stuart Stratford.

A Midsummer Night’s Dream is an unusual work in many respects, almost creating at times a space somewhere just out of our normal reach and touch, and part of that illusion is created by the uncommon use of a countertenor in the lead male role of Oberon, which Lawrence Zazzo more than brought to life with his performance this evening. Giving a fine balance to Oberon, both vocally and dramatically, is Scottish Opera Emerging Artist Catriona Hewitson (Soprano) as Tytania. Adding so much to the woodland world of magic and fantasy that our faerie folks inhabit is the creative skills of Set & Costume Designer Tom Piper, and his use of the muted colours of the woods, the browns of moths and silver of spiders’ webs rather than the often used bright primary colour palette helps you understand why mortals rarely see the peoples of this other realm. An economical, but very effective set also works very well here too.

For this story to work, there of course has to be a link, a messenger between the mortal and the magical realms and this job goes to the sprite Puck, and Michael Guest gets this role right with more than a little hint of a punk rocker about his look. The relationship between Puck and Oberon is obviously not an easy one and subtle gestures and mannerisms make this clear without it all being too obvious.

If this production has one big potential problem it is that the original story is complex and, to get the best out of it, some familiarity with the source material is required as we have three very different, but interwoven stories going on at once – the faerie world of Tytania and Oberon, the lovers’ problems between Hermia (Lea Shaw), Lysander (Elgan Ll?r Thomas), Demetrius (Jonathan McGovern) and Helena (Charlie Drummond), plus of course, Bottom (David Shipley) and the rest of the performance troop.  Judging from the appreciative audience reaction to Bottom, David Shipley was giving them exactly what they wanted, and the same could be said of the performance of their stage “masterpiece” at the end, which provided an opportunity for obvious humour and a little mayhem.

Shakespeare purists will love this production for this performance alone, but I have never been a purist and, although very much a part of the original story, this play within a play has never endeared itself to me at all and just seems to interrupt the flow of our magical faerie realms whilst being archaic at the same time.  The format does, however, leave itself open to being completely re-written into a contemporary world whilst still offering the chance to seamlessly connect back into the world of Tytania and Oberon. Having said this though, Scottish Opera do a great job with it here and give their audience exactly what so many obviously expected and wanted to see on stage.

I don’t normally turn a review into a promotional piece, but this time I will make an exception as having Scottish Opera back on stage is important and it gives me the opportunity to highlight the fact that this company is not just about performances on the big stage.  Scottish Opera also have very wide ranging outreach and educational programmes and more details of these and future productions are available from their website at www.scottishopera.org.uk/