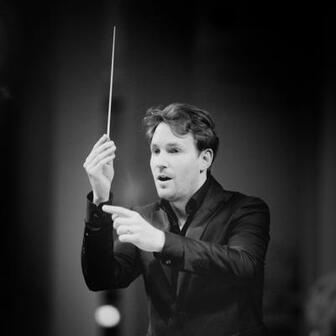 SCO Schuldt Conducts Schumann at the The Queen’s Hall Edinburgh tonight was, I have to admit, a bit of a musical mystery tour for me as for some unknown reason the works of Robert Schumann (1810-1856) have largely passed me by…until now.  Who was Robert Schumann then, what musical legacy has he left behind him to the world some 150 plus years after his death? I got some answers to both those questions with tonight’s performance of two very different Schumann works, as this concert opened with Overture, Scherzo & Finale (1841) and closed with Symphony No 3 ‘Rhenish’ (1850).

As a composer of songs and music, Robert Schumann was not only prodigious in his output of work, but at times, unbelievably fast. His symphony No 3 was written in roughly five weeks and he thought that an unremarkable achievement. As a person though, Schumann was well known for having very fragile sensibilities and lifelong issues with his mental health which made his moods swing to both extremes of happiness and depression.

The opening work Overture, Scherzo & Finale (1841) reflects Schumann at a good time in his life, he has recently married his long-time sweetheart Clara and obviously, from the brightness of this work which is full of joy, reflecting his happiness in his work. This happy moment in Schumann’s life is brought into life by the Scottish Chamber Orchestra (with a lot of musicians in a fairly small performance space at this venue) and Clemens Schuldt conducting.  Together, both gave me insights into the music of a composer that I now know I have to discover a lot more about.

In the space of only nine years, Schumann seems to be in a different place both musically and personally with his Symphony No 3. Here his recollections and experiences of a visit to Cologne are captured in music that paints pictures in sound just as a painter does on a canvas. There is, however, something very different here, and despite there being very bright periods of light and optimism in the movements of this symphony there is in parts a subtle undertone on the composer just not as at peace with himself as the opening work this evening. Perhaps this is nothing more than the shifting moods that we all have being reflected in Schumann’s music over the short compositional period of Symphony No 3.

The highlight of the music this evening was for me though a very modern work by composer Julian Anderson - Cello Concerto ‘Litanies’ and I can only imagine what audiences of Schumann’s time would have thought of this incredible exploration of not only what the cello is capable of as an instrument, but how a whole orchestra can take you into an unexpected musical journey.  Would earlier audiences used to the formality of composers of their era even have defined Cello Concerto ‘Litanies’ as music to their ears?

Fortunately, music and what we accept as music is an ever expanding tapestry of ideas and when you combine the musical inspiration of composer Julian Anderson with the emotionally interpretive and highly technical skills of the very gifted cellist Alban Gerhardt, the wonderfully unexpected can happen, and it did in this performance. Trying to describe Cello Concerto ‘Litanies’ in a review is almost impossible as it is simply an immersive experience of both sound, music and thought that takes every instrument of the orchestra in unexpected directions and even at one point incorporated the shuffling of their feet into its soundscape.