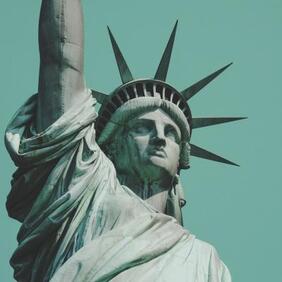 At first glance, the programme below might seem to be just another one in the always changing concert schedules of the ever busy SCO, but look a little closer and it is actually a carefully curated programme that has so much to say about music in the first half of the 20th centuryand some of the “musical giants” of the time.

Starting with MILHAUD La Création du Monde, we have one man’s reaction to hearing the sounds of Jazz music for the first time. This new sound was to entrance him and take him on a journey from Europe to New York where he immersed himself in every detail of this new sound that he could find. Here in his “La Création du Monde” we can hear those early jazz sounds and influences intermixing with his classical music background to create something that is a little of both worlds but at the same time something new in its own right. Milhaud was clearly not only absorbing the sounds of many different jazz musicians, but also that wonderful new vibrancy of Gershwin’s music too.

In an almost mirror-like fashion of jazz meeting the classical music world of Milhaud, we have Aaron Copland coming firmly into the world of Jazz with Clarinet Concerto which was commissioned by the “King of Swing” himself – Benny Goodman.  Benny Goodman left Aaron Copland with pretty much a free hand to create this work, and the end result is simply a stunning work of music that was brought to life by the SCO and the always impressive talents of internationally respected soloist Maximiliano Martín on Clarinet. Watching the pleasure that Maximiliano Martín was having performing this work pretty much encapsulates everything that anyone can ever say about it.

Another giant of American music followed with BERNSTEIN orch RAMIN Sonata for Clarinet and Orchestra (1941-42), and once more Maximiliano Martín proved how effortlessly he can move between Jazz and classical styles. For me, it was also interesting to hear in this work strands of music that were later to be developed and incorporated into Leonard Bernstein’s classic West Side Story.

Closing the concert this evening was POULENC Sinfonietta, and structurally this work has everything that you would expect from a symphony yet still it is different, somehow brighter and fresher than so much of what had gone before in classical music. Here, Poulenc is obviously taking influences from composers of the time who were already re-writing the rules of classical music, and the sound of Stravinsky is never far from this work.

This evening’s programme has carefully chosen its music to give an insight into not only how much the new sounds coming out of America were to influence classical European music and composers, but also how in turn these very classical traditions were to be absorbed and re-worked by many of the new American composers.  In truth, some Jazz musicians such as Benny Goodman were already skilled in classical music traditions, and new American composers had often already been heavily influenced by the sounds and musical structures of the new Jazz music.

It was interesting to watch and hear the SCO step outside of their classical chamber music roots for this performance and take a step into the slightly different sounds of a more Jazz influenced orchestra, and guiding them every step of that way was Conductor Joseph Swensen who is obviously at home in both musical worlds.