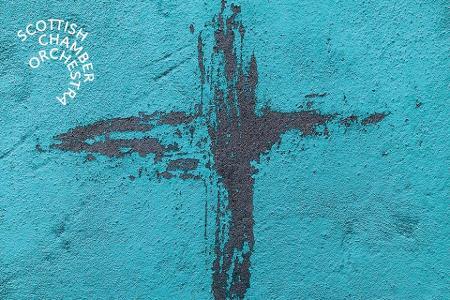 Scottish Chamber Orchestra were at The Usher Hall Edinburgh tonight with their performance of Handel’s Messiah, and with Easter Sunday approaching fast (April 17th this year), this was obviously a performance that had the potential to mean so much more to some of the people in the audience, a celebration of not only music but their own personal beliefs.

I always like the work of SCO and a big part of that liking is their ability to often perform the unexpected whilst still being able to perform the now standard classics of music. Their ability to also adapt to their performance space is always interesting, and whether it be a smaller performance in an intimately spaced venue, or a full SCO with a large choir behind them and vocal soloists upfront in a large space like the classic and purpose-built concert hall that is The Usher Hall, SCO always step up to the occasion.  This, judging from audience response and appreciation, was the Handel’s Messiah that people had come out to see and hear tonight.

What makes Handel’s Messiah still so popular with so many people after nearly 300 years (written in 1741)? The answer to that is perhaps a mystery that should remain one, as the best of anything always has that elusive context to it. Perhaps it is many things. With a clear narrative over three very distinctive acts, the work clearly has its roots in opera of the period, but this work is much more than that. For me, Handel’s Messiah, with its many different parts, is always like a giant musical jig-saw puzzle as everything shifts and changes throughout the work giving us many styles, colours, tempos, and styles of music. Logically none of this should fit seamlessly together, but this is maybe where the real genius of Handel lies; it all not only fits together to paint an overall picture, but to remove any one part of it would be to greatly diminish the whole. For the orchestra and choir, each often with their own very distinctive part to play here, this work was obviously a pleasure  for the musicians and singers to perform, and that is maybe in the end why this work is such a celebration of so many things.

Maxim Emelyanychev was this evening both conductor and harpsichord player and obviously having a lot of fun with his performance and this music. It is always a pity that the very delicate sounds of a harpsichord are so easily overcome by most other instruments, but when left to its solo parts, it is perhaps one of the most magical of all musical sounds to hear.

So much of “Messiah” is in its music, but just as much as in the narrative, and for this performance, our four story tellers – Anna Dennis (soprano), Xavier Sabata (countertenor), Hugo Hymas (tenor) and Matthew Brook (bass baritone) brought both the music and the words to life. The SCO chorus, directed by Gregory Batsleer was the perfect balance to the SCO musicians tonight.

With a chorus of 49 voices plus 4 vocal story tellers and the SCO itself, this was a full stage for this performance and quite rightly too because Handel’s Messiah is a work that needs to be heard and experienced on a large scale, and it really also needs to be performed in a large church, cathedral, or a classic concert hall such as the Usher Hall to allow an audience to feel the full power of this music.

This is an important work on many levels, but for me it is so because it breaks down the divisions of what stops many people from thinking they will enjoy, or perhaps even know, any classical music as many people will know the “Hallelujah Chorus” without even perhaps being aware of where it comes from.  Listen a little bit more closely too and you will find the roots in this work (and many similar ones) of so much contemporary music of the last fifty years.  Here are the musical roots of Queen’s “Bohemian Rhapsody” and so many other songs in classic rock music without perhaps people ever realising their classical music origins. The truth is, we all listen to classical music in so many different ways in our life without even often recognising it as such, because in the end it is simply just music that touches our inner being in so many different ways.