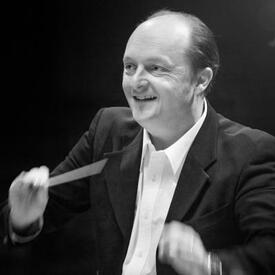 SCO An Evening with François Leleux at The Queen’s Hall Edinburgh tonight was a celebration of both the music of the early decades of the 19th century and the SCO’s close association with France for many years.  It was, therefore, appropriate that French conductor François Leleux should continue his long collaboration with the SCO and open this programme with the music of LOUISE FARRENC and her Symphony No 3 in G minor.  The achievements of Louise Farrenc, living in a time when women were pretty much universally considered incapable of creating music to match their male contemporaries and also often denied even entry to music competitions, are remarkable not only for her music, but also as a campaigner for women’s rights. It is little wonder then that, today, she is held in the highest regard in her native France.

With Symphony No 3 in G minor, Farrenc clearly has nothing to prove about her ability as a composer as this is a work of power and passion that also has, when needed, enormous softness and fragility to it. The fact that her contemporaries so often felt the need to question her abilities as a composer simply because of her gender is something that I don’t think any of us in the 21st century can really comprehend now. Louise Farrenc was clearly a hugely gifted talent and the SCO and François Leleux both paid fitting tribute to her music this evening.

Keeping firmly in the same time period, MENDELSSOHN arr TARKMANN Lieder ohne Worte and a selection of his “Songs Without Words” which were originally composed for piano. Over the years, some people have viewed these songs as “simplified” in musical terms, but Mendelssohn knew exactly what he was doing here with works designed to be simpler than a solo concert pianist would play but still difficult enough to test the skills of talented, if not that level of professional, pianists. This was in a way Mendelssohn allowing his music to be taken into many homes and played much as we enjoy CDs or streamed music today.  It is interesting to note that the composer never wanted words to be added to any of these songs as he believed that the music was capable of expressing far more than they could.

The second half of our programme opened with MENDELSSOHN Overture, “The Hebrides”, and this music is still to this day perhaps one of the most perfect examples of anyone recreating what they could see and feel in the landscape around them as music, and the fact that he composed this while only 20 years old makes this work even more amazing to me.

Youth seems so often this evening to be a theme in the music and again difficult to imagine (well for me at least) that SCHUBERT Symphony No 4 in C minor “Tragic” was written when the composer was only 19 years old.  Not only this, he was still working as an all-purpose teacher at the time. With this work, Schubert is obviously in parts taking inspiration from music that he has heard and woven it into something new, something unique, and given us all clues of what more music was to come throughout his life. Although the composer called this his “tragic” symphony, the only thing tragic about it was that it was not performed until 1849, more than two decades after Schubert's death in 1828.