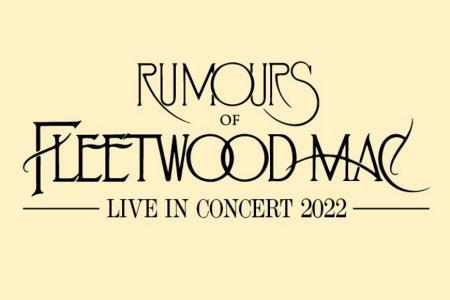 Rumours of Fleetwood Mac played The Usher Hall Edinburgh tonight, and it was good to see the band back on stage after the last few years of not being able to tour (for obvious reasons). As their many fans worldwide have come to expect, RFM once again proved that their love for, and attention to detail to the music of their, (and probably most people in the audience) musical heroes, Fleetwood Mac places them firmly as one of the world’s top tribute bands.

Somehow, time has passed all to quickly and it is now 45 years since Fleetwood Mac’s now iconic Rumours album was released in 1977, so throughout the show, these classic songs were both celebrated and lovingly recreated on-stage. To create maybe a few great songs that are remembered is probably what most bands want as their musical legacy, but when one album alone contains, amongst others “The Chain”, “Songbird”, “Oh Daddy”, “Dreams”, “Don’t Stop” and “Never Going Back” you realise just how special the combined creative talents of Fleetwood Mac are and what a huge musical legacy they have created. So many of these songs were obviously very special to so many people in the audience tonight, and probably for a different reason for every one of them

This was, with an interval a 3 hour show, and the set list was carefully constructed to highlight when the music required it, the individual talents of the RFM band –

I try to always review RFM when they come to Edinburgh to play and as always Jess Harwood and Emily Gervers and James Harrison get the lead vocals on these songs pretty much perfect whilst also allowing their own individuality still to shine through. This is important as although RFM are a tribute band, they are not a “clone band”. Everybody on stage knows all too well that they are not the original members of the original band and no one is trying to mimic their musical heroes and inspirations. What this band is doing is carefully recreating this music and sharing it with their audience. Every great band pretty much always needs a great rhythm section and in RFM that is the impressive talents of Allan Cosgrove on drums, and it is Allan who all through this show keeps the band driving along in perfect time to all of these classic, and often technically demanding songs.

Although Fleetwood Mac are best known to millions of people globally for their music from the 1970s onwards, the original blues based sounds from 1967 to 1970 of founder member Peter Green are still loved by many people, particularly British Blues enthusiasts. This evening, as always for RFM, it is nice for this period of music to be remembered as Dave Goldberg steps into the spotlight (while some other members of the band leave the stage) on keyboards and  guitar to also take up lead vocals on song like “Black Magic Woman” and “Need Your Love So Bad”, the latter originally recorded  by Little Willie John in 1955. A bit of sadness in this musical section too as we were reminded that when Peter Green died in 2020, the world lost one of the great blues guitarists of all time.

There are of course so many other songs and music  in the Fleetwood Mac back catalogue besides the ones on rumours, and many of the most well-known ones were performed in this show – “Sarah”, “Albatross”, “Landslide”, “Tusk”, “I’m So Afraid”, “Little Lies”, “Don’t Stop” and “Rhianna” being only a few of them.

As always, the band put on an impressive show, but for some reason met a very-reserved Edinburgh audience this evening and it took well into the second half of the show and “Little Lies” for people to be standing up and giving the band the feedback that they so obviously needed to move their performance up another level in response. Previous to this, this show was everyone firmly in their seats, with an atmosphere more like going to a classic Scottish Presbyterian church on a Sunday morning than a rock music show on Thursday evening. This odd response, as far as I could see had nothing to do with the RFM band and more to do with the venue security staff who, obviously following instructions from someone, were making sure that any attempt by anyone to get up out of their seats and be a little more demonstrative in their appreciation of the band and the music were swiftly told to sit back down again…that is until “policing” pretty much a whole venue became impossible for them.