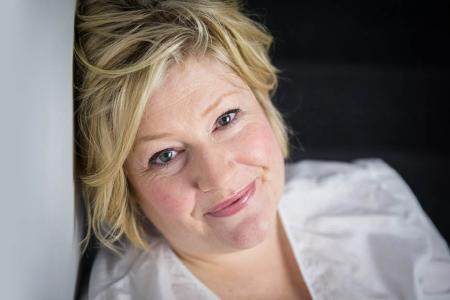 RSNO Tchaikovsky Four at The Usher Hall Edinburgh tonight was the second half centre-piece of a well curated programme of diverse and, as always, entertaining music.  There is always something special about hearing an orchestra such as the RSNO perform classics like this as the music was written for live performance, and no matter how good you might think your at home audio system might be, there is really nothing that matches that experience of listening to his music in a wonderful period concert hall like the Usher Hall.

Watching the RSNO perform this work was also as much a part of the music as listening to it this evening, as you get the chance to watch just how this music is being played and how, in the hands of a master composer like Tchaikovsky, it moves around the orchestra in an almost organic fashion. The unusual use in the third movement where Tchaikovsky gives us a very lively arrangement of pizzicato strings (rather than the usual played by a bow method) is just as much a joy to watch being performed as it is to listen to.

There are always going to be comparisons between Tchaikovsky’s Fourth and Beethoven’s Fifth as both have their central theme of fate through them, in fact both are known as “the Fate Symphonies”. There, for me, though the comparison stops as both are very different with their own stories to tell. Here in his fourth, Tchaikovsky opens with fanfare blasts and again used them in the final movement. To some people this may represent more ominous overtones, but somehow, when I hear them, I always think of the last fanfare of a soon to be no more Imperial Russia. In between the opening and closing movements, Tchaikovsky takes us all on a roller-coaster of emotions.

Are these shifting movements, shifting overtones of darkness and lightness reflecting Tchaikovsky’s own emotional state over the period that it took him to write this fourth symphony? Perhaps we will never know the real answer to that (despite many clues left by him). We do know though that Tchaikovsky was a man of many different moods, many highs and lows, and it is easy to see how, hard as it may seem to us now,  the poor, often hostile reception to some of his works when first performed affected him deeply. You can also clearly understand how this music (and many of his other works) reflect the disillusionment that one of the world’s great romantic composers possibly felt as the world around him was so often a far harsher place to live in.

Opening tonight’s music were three movements from Aram Khachaturian’s Spartacus (first performed in 1956)  and in the movements chosen here we get very different tastes from this larger work as great power and solemnity are counterbalanced with fragile and uplifting beauty.

Spartacus is an interesting work on many levels, but perhaps one of the oddest is that despite rarely being performed in its entirety these days, the Adagio (performed tonight) is for many people of a certain age perhaps one of the best known classical works of all time due to its use as the theme tune for the hugely popular and long running television series “The Onedin Line”.

Closing the first half were “Three Scottish Songs” by Sir James MacMillan that utilise the words of Scots poet William Soutar. Despite being 20th century words, there is that feel of a very old and traditional ballad to them, and the music skilfully enforces this illusion of rediscovering the past through words and music. Bringing the vocals on all three songs to life was Mezzo-soprano Karen Cargill.

Due to current restrictions limiting travel from Russia, conductor Alexander Lazarev was no longer able to join the RSNO for this concert, but Patrick Hahn stepped into the role at short notice and made an impressive RSNO debut as conductor.