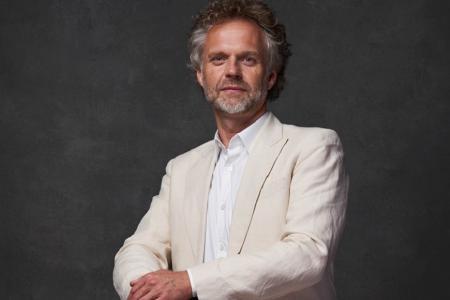 RSNO Søndergård Conducts Beethoven Nine at the Usher Hall Edinburgh tonight was, as you would expect from the title, highlighting around the final performance of the Beethoven’s Ninth (and last completed) symphony. Before we reached this point in the evening there was an interesting and varied programme of music that opened with one of the main figures in the contemporary bagpiping world, STUART LIDDELL performing the 2 minute long  “Diu Regnare” meaning “Long to Reign”. This commission work was composed as a tribute to Her Majesty Queen Elizabeth II, on the occasion of her Platinum Jubilee, and an appropriate opening for the evening for the RNSO’s patron.

Following on from this, BEETHOVEN Overture to The Creatures of Prometheus. First performed in 1801 for the ballet of the same name, this 6 minute work gives us a taste of a larger work that re-tells the ancient myths of the Greek Gods, mankind’s creation and the gifts of fire and knowledge. Prometheus knew that we needed more than just the basics of life, that we needed to grow as creative beings, and Beethoven’s wonderful music is not only a perfect example of this creativity, but that spirit of hope that this whole evening’s programme is built around.

Closing the first act of this evening’s performance was the world Premiere JAY CAPPERAULD Our Gilded Veins. This RSNO commission for Katherine Bryan (flute) takes its inspiration from the Japanese art of kintsugi, the art of mending broken pottery, whilst also doing this with gold to honour its breaks as a living part of the object’s history.

We were fortunate to have Jay Capperauld on stage this evening to not only introduce his work, but talk a little about its creation and how he has written this work to be like the very pottery itself with opening fragmented moments of music that slowly come together into something complete and in the end, something that still honours the original broken fragments.

This wonderfully creative and at times hauntingly soothing work with Katherine Bryan’s impressive performance on flute seems to take us into a timeless space where little moments of the past, the present and the future are present at once and waiting to be fused together.  As the composer quite rightly told us it is, however, not only pottery that can crack and break, it is also human beings and this work also reflects the very fragile nature of not only our bodies but our very inner self, perhaps even our souls.  Can we be repaired both inside and outside and brought back into a whole being together like pieces of broken pottery? Perhaps not, but this inspired work over its 20 minutes performance time certainly tells us that music has its part to play in the process of healing.

Taking up the entire second part of this evening’s programme was Beethoven’s Nine, and by any standards of measuring creative work, this 67 minute symphony is a masterpiece. Completed in 1824, Beethoven’s Ninth is one of the most widely performed works of music in the world, and many people will instantly recognise much of the music from this symphony, but so far reaching is this work’s touch that even people who think they have never heard any Beethoven music, or even admit to liking any classical music will be familiar with the fourth movement of this symphony and “Ode To Joy”. For this, the ever innovative Beethoven became the first major composer to use voices in a symphony and the large RSNO chorus along with soloists Benjamin Hulett (Tenor), Božidar Smiljani? (Bass-baritone), Eleanor Dennis (Soprano), and Stephanie Maitland (Alto) making this closing movement an impressive spectacle of music. Although the words of “Ode To Joy” are revised here, credit must be given to Beethoven’s inspirational source material German poet Friedrich Schiller and his 1784 work "An die Freude" /  “Ode To Joy”.

In our modern world, it is hard to imagine just how many times this work has been heard over the radio, on television, via the internet, or any number of other sources, and the reach of this work is truly global. With “Ode To Joy”, Beethoven somehow managed to touch something very special in the hearts and soul of people for generations to come after him, and even people of no religious doctrine still respond to the sheer uplifting power of this work.

So much has been written about Beethoven’s Ninth over so many years that I can add little to that in this review. Historians and musicologists have analysed this work in minute detail, but perhaps all miss the most important aspect of a work like this, and that is that, in the end, it is not analysis of the work that matters, but how it makes us feel when we hear it, how the work touches us, and to this end, the range of emotions that Beethoven can take us through in his Ninth symphony is amazing. For me, it is always the beauty of the third movement that touches me the most in this work.  I often wonder what it must have been like for Beethoven to hear this music in his head whilst creating it, to hear that music that no one else had ever heard before. It is also somehow comforting to know that Beethoven’s hearing loss might not have been total and that he was able to at least hear, even in a limited fashion, his own music being performed in his later life.

Conducting this evening’s programme was Thomas Søndergård who with the RSNO made tonight at the Usher Hall, judging from the length of applause from the audience at the end, a night of music appreciated by so many people.