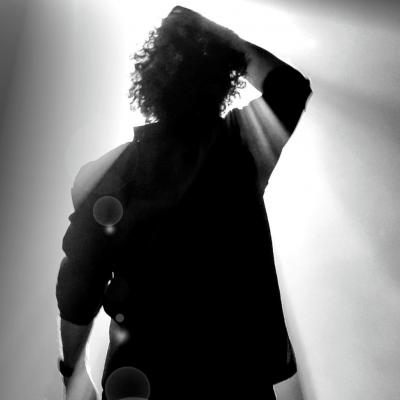 Leo Sayer was at The Queen’s Hall Edinburgh tonight, and this show, a date on his “The Show Must Go On” tour had been re-scheduled (for obvious reasons) from November 2021.

I have to admit at the start of this review that during the peak years (1970s) of Leo’s chart-topping songs career, I was into a very different music scene and going to a Leo Sayer concert, or even putting one of his records on to play, was not something that I would have done. Even without doing any of these things, there was no way to escape Leo Sayer and his music as at one time he seemed to be there pretty much every time I tuned into Top of The Pops or heard someone’s radio playing.

So why then you might ask did I even take the time out to review Leo Sayer and this show tonight? The answer is simple; as you get older, your musical landscape expands and time itself also plays a big part in what you see and hear. Time has this way, as it relentlessly passes on through the years, of sifting out in music the good from the bad and Leo Sayer is someone whose music has stood the test of time for one reason –the quality of Leo Sayer’s music. Tonight I was hearing what (maybe for the first time) pretty much everyone else in the room had known for many years - these songs were (even though I never recognised it at the time) great songs by a very skilled and gifted songwriter.

Leo Sayer is not only a gifted songwriter, but someone who has mastered that elusive art of captivating his audience from the first moment that he steps onto stage and then putting on a show that simply proved to me that the title of this tour was a very apt one as he is simply a “stage entertainer”. Watching Leo Sayer perform tonight with a very upbeat, full of humour performance, it was very clear that he simply wanted to share his music with his fans and give them a good night out.  Just as important, it always looked like Leo was enjoying being with his fans as much as they were enjoying being with him.

When you open your set with three big songs that everyone in the room will know – “The Show Must Go On”, “One Man Band” and “Moonlighting” - it shows from the start that here on stage is someone who can do this because they simply have so many other classic songs in their set list to play as the evening goes on. It was also nice here to hear Leo telling us all what his inspiration for writing “Moonlighting” actually was.

There were a lot of hit songs packed into this show that for me showcased just how broad and diverse Leo Sayer’s music is – from the self-penned “You Make Me Feel Like Dancing” to the Albert Hammond and Carole Bayer Sager classic “When I Need You”, Leo reminded us that he as a singer he can not only perform his own songs, but also when needed add that little bit of magic to make others songwriters’ work sound like it has always belonged to him.
It was also interesting this evening to hear Leo perform live songs that he had originally written for other artists, but if you have not seen this show yet, I am not telling you what songs and for who – you might be surprised.

This was not just a trip down memory lane for Leo Sayer, as over his now 50 years as a songwriter he has never really stopped working on new projects, and one of those is his current album foray into his tribute to the music of the Beatles - “Leo Sayer Sings The Beatles”.  He sang two songs from this album tonight, “Eleanor Rigby” and “Across The Universe”, which by his own admission have (like all the other songs on this album), been “Leofied”. The results are interesting, but for me any Beatles song was simply perfect the first time round.  Having just said that though, these songs have been covered and re-worked by so many people over the years that perhaps their enduring success is that even now, after so many years, there is still space in them for someone like Leo Sayer to find his own take on them.

At the end of the evening, this was simply Leo Sayer, backed with a good band, giving his audience exactly what they came out to hear – his songs, his music, and of course himself. Along the way everyone had a night out to just hear songs that obviously meant so much to them and perhaps, even just for a few hours (or even just for a song) go back in time to a special moment in their lives. Being able to do this for people is a very special gift that Leo Sayer has been given.