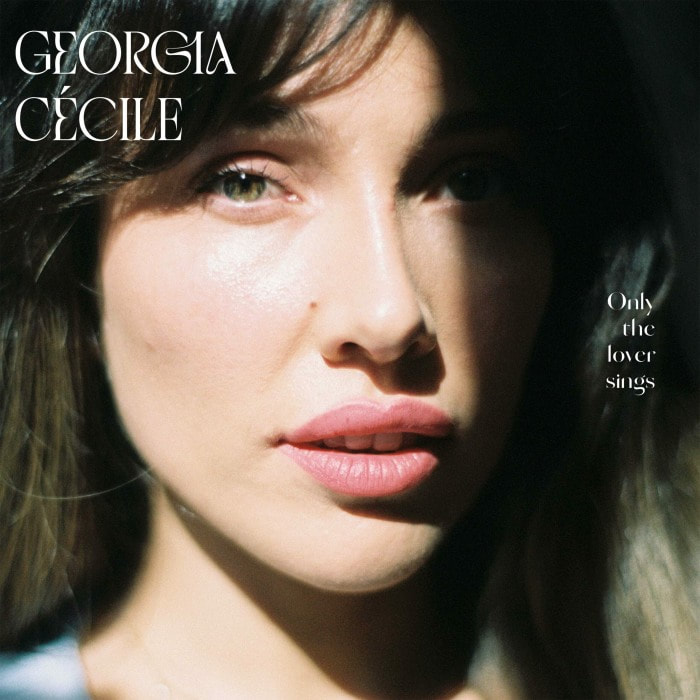 Georgia Cecile was at The Queen’s Hall Edinburgh tonight with the official launch of her debut album “Only The Lover Sings”, and if you were lucky enough to be there then you know that a very special talent was performing on stage.

The album was actually released back in September 2021 and this show is one re-scheduled from October, but everything was worth the wait as Georgia Cecile made a very clear statement with her performance that a “new voice” has very definitely arrived in the Jazz world.
“Only The Lover Sings” is a 10 track album that, with pianist and co-songwriter Euan Stevenson, has been many years in the making as the duo have worked together honing their writing skills to a sharp edge.

The great singers, performers, musicians and songwriters of days gone by, and in particular “The Great American Songbook” are obvious shared loves between Georgia Cecile and Euan Stevenson, and that has had an obvious influence on their songwriting. There are simply no “filler” songs on this album and every one of them is written the way that they used to make songs once upon a time – great attention paid to the structure of the song with harmony, melody, lyrics, timing and phrasing being obviously works of great care.

Georgia Cecile has the vocal talent to make the performance of complex songs seem effortless, and her vocal range, phrasing and timing is backed up with a delicate control of her voice in all of these areas. Performances of songs from the new album like “Harpoon”, “Bittersweet”, “He Knew How To Love” and “Love The Stars You’re Under” (although I could be choosing any of the album songs here) clearly show that Georgia Cecile and Euan Stevenson are obviously a major new songwriting team and many of these songs I am sure will become standards in their own time to take their place amongst the many great songs that have influenced their creation.

There was also an impressive line-up of performers on stage in the band tonight, and review space only allows me to name a few - Seonaid Aitken (violin) Ryan Quigley (Trumpet), Konrad Wiszniewski (Saxophone), and Max Popp (drums). With an on-stage line up of musical talent like this, Georgia Cecile and Euan Stevenson were also able to perform some well-arranged homages to some of their musical heroes including Duke Ellington and Etta James.

Musical evenings like this, where time seems to pass all too quickly without you really noticing, happen all too rarely, but when you reach that final song, you just know that something special has happened on-stage. It was a pleasure to see and hear these new songs performed, and as someone who is always drawn to the lyrics of songs, a pleasure to know that there are still people out there writing thoughtful and sensitive new lyrics to new songs.