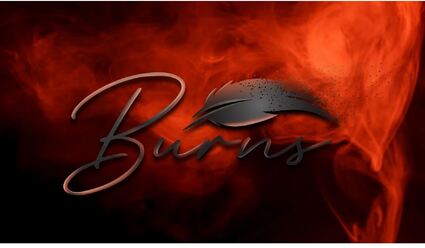 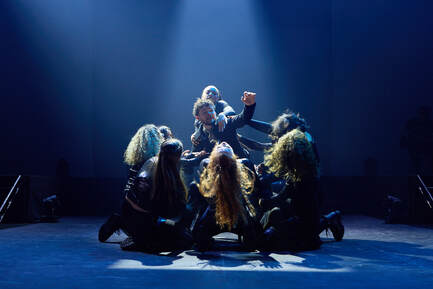 “Burns” is at the Playhouse Theatre Edinburgh for two nights only (Fri 20th & Sat 21st Jan) and this rock musical which transports Robert Burns into the contemporary world is a show that will stay in my mind for a long time - sadly, all too often for the wrong reasons.

On paper, this show by creator and composer Tish Tindall should work brilliantly as the words of Robert Burns are known to countless millions of people worldwide and that very familiarity which crosses over so many language and cultural barriers should make “Burns” the stage show as universal as the poems themselves.  Add into this the fact that many of Robert Burns’ works are so adaptive that they can survive almost any new setting and update, I am at a loss as to what happened here, as the end result, for me, is neither a tribute to Robert Burns, the works of Robert Burns, nor even the Scots language.

Reading the production information for this show I note that it has been 30 years in the making and a few earlier concepts on this theme have already been produced for the stage (different shows with different names). This version, this “Burns”, with Tish Tindall as the narrator and featuring an all female cast, except of course Burns himself (Elijah Aspinall) was having its debut tonight, and with hindsight, this show seemed to be at times a long way off being ready to present not only to a Scottish audience, but in Edinburgh where there is such a strong association with Robert Burns during his lifetime.

Where to start then as all the elements were in place for a great show? What has gone wrong?  To be honest I don’t really have any one answer to this as there are so many problems here for me. What makes this show even more difficult for me to figure out is that Tish Tindall is obviously a gifted composer and one who, along with new music for this show (and others I have found online), is obviously very much in her comfort zone with the rock musical genre. That in itself is part of the problem, the new music is everywhere, and in the end this show should be more about the words of Robert Burns.  Also, how many variants on “Auld Lang Syne” can you try and fit into a show before it becomes tedious?  You could also be forgiven from this show for thinking that “Auld Lang Syne”, “Ae Fond Kiss” and “Tam O 'Shanter” were all that Robert Burns ever wrote.

To be fair to this show, Elizabeth McNally as Robert Burns’ mother, Agnes Burns, did save this production for me with her performance, particularly singing “Ae Fond Kiss”, and the setting that it was used in was original and it worked well.  In total contrast to this, however, the performance of “Tam O 'Shanter” by Elijah Aspinall simply reduced one of the most creative works of poetry ever written to meaningless and at times inaudible babble but, to be fair to him, it was obviously designed to be so in the context of the show at that point in time.

One inescapable problem with this show though is that for any show that rests so much on one single person, whoever is playing that part must be larger than life, and they must command the audience’s attention immediately and hold it throughout the show.  We should be mesmerised, always awaiting their next word.  Sadly as Burns, Elijah Aspinall, for me, failed to do this.  Other weaknesses from other cast members only highlighted this issue rather than distracted us from it and perhaps some of the problems here are production driven and not only cast driven.  There also seemed to be (to my ears and a few others I spoke too) some technical issues with the sound as the dialogue of the cast was frequently overwhelmed by music and all too often a relentless bass line.

There is, to be fair to this production, an inherent problem with Robert Burns himself and his place in Scottish culture, and that is that we undoubtedly have over the years adopted a rather selective view of his personal life.  Even making allowances for that, the Robert Burns in this production is all too often a less than charming, less than pleasant, man and I doubt if even taking all of his faults into account that his legend would have endured if he had been truly this unpleasant in real life.

As a work, “Burns” is a brave and obviously heartfelt attempt to update both the story and the words of Robert Burns to a new audience and give both a fresh perspective, but in the end we are left with none of the power and passion that Robert Burns is famous for worldwide through his words and, for me, there is little or no feeling of this even being a “Scottish” story.