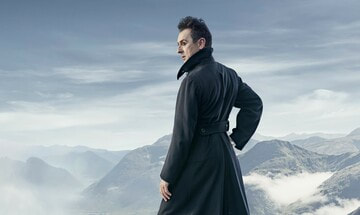 Who then was Robert Burns?  This may seem an odd question as few writers, few figures from history, have had both their works and their personal lives more scrutinised than Burns, and some of the insights that this show gives us from the man’s own words, from his surviving written letters and of course his poetry, might come as a surprise to many people. The reasons for this re-examination are many, but maybe too many researchers over the years have found exactly the Robert Burns that they were looking for, or more perhaps the one that Robert Burns himself and many other people over the years have wanted to find.

For many of us, there is this image of Robert Burns the womaniser poet, always there with a quick word at the right time in some local tavern, enjoying a drink with a lassie or two, or more.  This is of course a very one dimensional construct as, in his short life, Robert Burns was perhaps all of these things at one time or another, but he was born into a farming family and community, nearly left Scotland more than once to take up a position as a plantation overseer in Jamaica, and also worked as an excise man.  The latter obviously conflicted with his nationalist ideals, but he had a family to provide for.

Perhaps the most illuminating aspects of this show are the explorations through his letters that Robert Burns allowed us to take into his mental state of mind at times during his life, and how these differing states that seemed to swing from the brightest euphoria to darkest depression affected not only his daily life, but his poetry.  The clues, it seems, are there if you know where to look, and have been there for all of us to see forever.