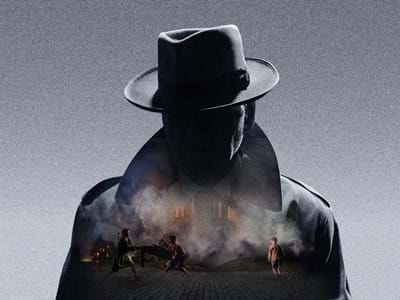 Stephen Daldry's multi award-winning National Theatre production of J B Priestley's An Inspector Calls UK Tour is back at The Festival Theatre Edinburgh this week (Tue 21 Jan to Sat 4 Feb), and it is clear to see why this production is celebrating its 30th year, making it the longest running revival of a play in British theatre history.

Writer J B Priestley’s political views were never any mystery, so it should be no surprise to anyone that this period play set in 1912 in the home of a wealthy industrialist has much to say about the inequalities of British society, its class structure and how wealth for the few is created at the cost of many others being kept in poverty. It may still surprise some people that the original play was first performed in the Soviet Union in 1945, a year before its London performances.

Period plays can be strange creatures. In the hands of the production team they can meticulously recreate any period of time and give us an illusion of stepping back through time, and this play, essentially set in one room of a wealthy family is a perfect vehicle for doing just that.  The problem with this approach is that the work can all too easily become a period piece curiosity and any deeper meaning that the story and dialogue might have can all too quickly become as fixed into a time period as the stage set and the actors’ costumes.  With a new and bold approach to “An Inspector Calls” for the 1992 production, Stephen Daldry broke the rules, changed the perspective of this play, and in doing so took it out of one fixed room and one fixed point in time allowing the many layers of meaning in this work to move from one time period to another so fluidly that we as an audience become almost part of this play ourselves and the Inspector could easily be speaking to us.

An Inspector Calls is not just a play, it is a wonderful example of how to write a story, how to write dialogue and how to have your reader or audience member so involved in the world that has been created for them that they wait for the next word to be spoken.  Little wonder then that this work is on so many school curriculums or that there were many young people who were obviously studying the work in the audience tonight.

In this production, the sound of air raid sirens fills the theatre as a young boy runs along the front of the stage curtains to switch on a period radio set. Immediately we are reminded of J B Priestley’s BBC radio show “Postscripts” that followed the nine o'clock news on Sunday evenings. What lies behind the curtains? Answer, a bombed out streetscape and a curiously out of place gigantic dolls house set in which the wealthy industrialist Arthur Birling (Jeffrey Harmer)  and family are celebrating the engagement of his daughter Sheila (Chloe Orrock) to one time business rival Gerald Croft (Simon Cotton).  Celebrations of hope for a bright new future and the opportunity to make even more money together from their new partnership are quickly interrupted by the arrival of the mysterious Inspector Goole (Liam Brennan) who is investigating the suicide of a young working class girl.

Unknown to the Birling family and Gerald Croft there are threads of more than just money binding them to each other and the Inspector is going to tease out these, at first seemingly random, connections to build up a picture of events that forces everybody in the room this night to examine their own part that they played in the destiny of another human being and how even small actions can lead to terrible consequences for others.

So much of this play is always going to rest on how good Inspector Goole is, and Liam never puts a foot wrong tonight in his performance and, as they should, his words draw all of us into his investigations. The illusion of reality and that ability to absorb an audience into what is happening on stage is something that is unique to theatre if it is done well, and with such a strong cast tonight – Jeffrey Harmer (Arthur Birling), Christine Kavanagh (Sybil Birling), Chloe Orrock (Sheila Birling), George Rowlands (Eric Birling) and Simon Cotton (Gerald Croft) this was more than achieved.  Individually no performance can be faulted here as everyone had the skill and experience to know and understand that even words as wonderful as those of J B Priestley can only be fully realised when the actor also has the gifts of timing, phrasing and body language to bring them fully to life.  Interestingly though, one of the most important characters on stage for this play is not a member of the family, but Edna the family maid who represents the downtrodden working class. In her silent performance, Edna (Frances Campbell) often has more to say than anyone else.

An Inspector Calls is deceptive on so many levels. Who is the inspector, even more important maybe, what is he?  Who and what is he inspecting; a suicide, the souls even of people, society in general?  There are so many questions here, but I cannot help but wonder what Inspector Goole would have to say if questioning many of our government, industry and business leaders today as many of the issues raised in J B Priestley’s work seem to be even sharper in focus now than ever.

This production is one of those rare occasions where story, cast, set design, lighting, sound, costume and music all come together under tight production and direction to create a work of theatre that is both entertaining and thought provoking.